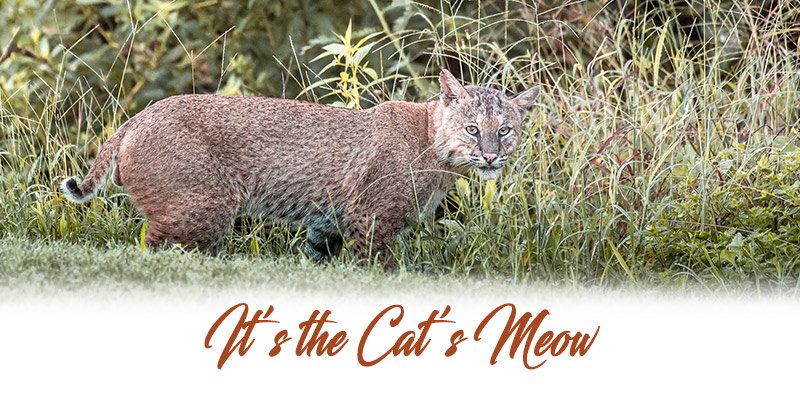 Wildlife sightings are common in Mission Inn Resort’s bucolic setting. Ospreys nest high above the resort, and raccoons and sandhill cranes are abundant, to name a few. But a feline visitor spotted on a Mission Inn golf course has created quite a stir.

A photographer taking photos for the resort early one morning in late August noticed a large bobcat in a remote part of a course near the woods. Mike Wolfe turned his camera toward the big cat and snapped a photo that has been generating a lot of buzz on social media. WESH-TV in Orlando subsequently aired a story about the bobcat at Mission Inn.

It’s not the first bobcat sighting at Mission Inn. Staff members also have seen a smaller adult bobcat, raising the possibility that a family of them live nearby.

Bobcats are about twice the size of a typical housecat and have a spotted coat, tufts of fur around their face, and a short tail. They live all over Florida and are mostly nocturnal creatures but occasionally they are seen in the daytime.

These cats are just one more element of the wildlife menagerie at and around Mission Inn.