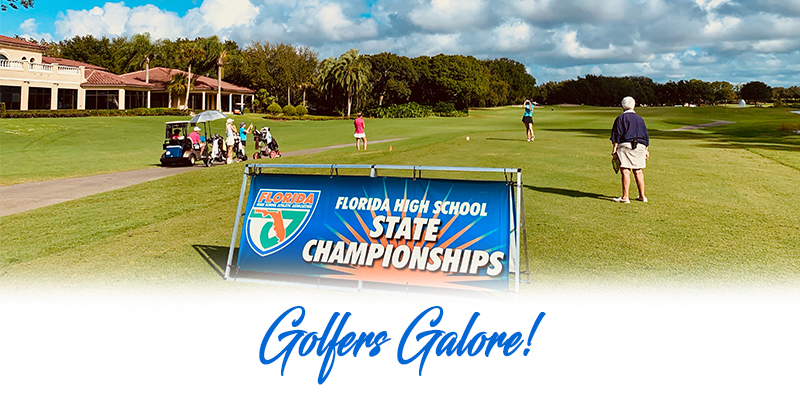 Fall is busy as usual at Mission Inn Resort with lots of competitions featuring up-and-coming golfers! High school and amateur golfers are squaring off in championship events this month on the heels of the first LPGA qualifier to be held at the resort taking place in October.

Florida’s best junior golfers are finishing up in the Florida High School Athletic Association Golf Finals on Tuesday and Wednesday, Nov. 3 and 4. Class 1A players compete for the FHSAA state championship on both of the resort’s two championship courses with boys teeing off on El Campeón and girls playing on Las Colinas. Class 2A and Class 3A competitors played these courses at the end of October. FHSAA has been bringing its tournaments to Mission Inn for more than a decade!

Later this month, Mission Inn welcomes the Sunshine State Amateur Golf Championship. High-level amateurs from the United States and abroad will compete in this annual tournament Nov. 23-25. The event features a men’s championship and a women’s championship with players competing in 54-hole stroke play over the three days.

In October, the resort hosted top young women golfers in the inaugural Mission Inn Resort and Club Championship. The event was part of the Symetra Tour, the official qualifying tour of the LPGA.

Come out to Mission Inn this month and watch these talented young golfers practice and compete!